The topics ATX 3.0 and PCI Express 5 (PCIe 5) are talked about a lot – and quite rightly so! These standards are complex, yet important to understand for PC builders. Though a lot of the definitions are only outlined theoretically for the time being, they provide a good outlook at what we can expect for graphics cards and their power consumption in the years to come.

What is PCI Express 5? 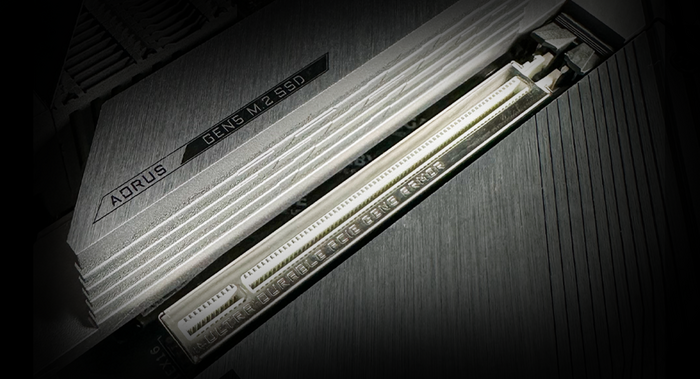 The goal of PCIe 5 is to increase the data rate from 16 to 32 gigatransfers per second, to improve usability and to make the standard fit for future requirements. The main focus is to address the increasing power consumption of graphics cards.

High transient loads do not have a set standard in the PCI Express 4 design. The PCIe 5 specification not only defines the maximum average power consumption at 600 watts, but also limits short-term load peaks. With the new PCIe 5 standard, a graphics card is allowed to draw a maximum of three times its average power consumption in an interval of up to 100 microseconds. Using a 600-watt graphics card as an example, the maximum power consumption may not exceed 1800 watts over a period of 100 microseconds. For a period of 10 milliseconds, a maximum of double the power is allowed.

It is important to understand that the high load peaks may only occur over a very short time and the average power consumption in a time interval of 1000 milliseconds in our example may never be higher than the nominal power of 600 watts.

Furthermore, the standard describes a maximum power draw of 600 watts for graphics cards in total across any combination of power connectors. There is a lot of speculation about extremely high power consumption of upcoming cards and we would like to stress that it is unlikely that all models will push the limits of the definitions right away. On the other hand, it is also possible that eventually we reach a point to where factory-overclocked high-end graphics cards do not fully adhere to these specifications.

In addition to the specifications for power consumption, the updated standard defines a new power connector: the “12VHPWR Auxiliary Power connector”. We will explain the new connector in detail below.

What does ATX 3.0 mean for power supply units? 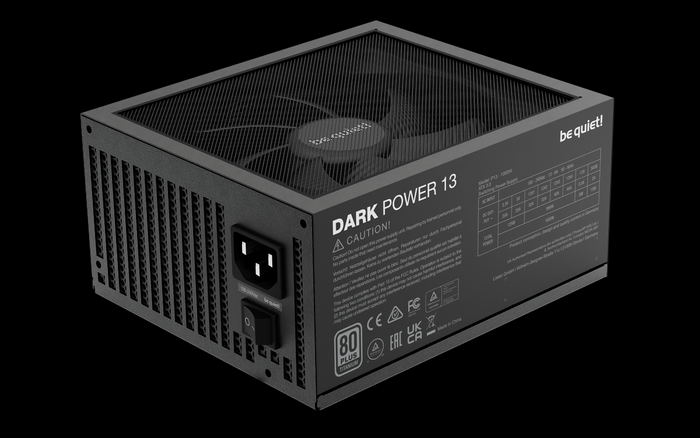 What PCI Express is for graphics cards, ATX is for power supplies. This design guide is published by Intel and the latest details included in version 3.0 describe requirements for power supplies in observance of the new specifications defined by PCIe 5. High power consumption and load changes are nothing new and already considered in the ATX 2.X specification. The requirements defined so far are already considerable, because even an ATX 2.4 power supply should be able to manage very fast load changes (transients) from 20% to 100% of the output current for graphics cards, for example.

However, there is a specification gap regarding load peaks, since ATX 2.4 does not define any values above the nominal power. ATX 2.4 power supplies can usually absorb higher load peaks in real-world use, but there is simply no defined maximum. Power supply manufacturers often have to readjust their specifications to meet requirements of modern graphics cards. For the first time ATX 3.0 defines target values above the nominal power of the power supply. These state that the PCIe connections for the graphics cards must allow load changes of up to three times the power consumption. For example, if we look at a 1200-watt power supply with a graphics card of the 600-watt class, 300 watts are budgeted for the CPU and another 300 watts are assigned to all other components. The power supply in this example must be able to achieve a power of (3*600W)+300W+300W, i.e. a total of 2400 watts, over a very
small time period. This is where ATX 3.0 and ATX 2.X power supplies differ the most.

An ATX 3.0 power supply not only guarantees a constant nominal power, but also the absorption of high load peaks above the nominal power. ATX 2.X PSUs do not.

One of the more noticeable changes for end users in the PCIe 5 and ATX 3.0 specifications is the new 12VHPWR connector. It delivers significantly more power and is mandatory for ATX 3.0 power supplies with 450 watts or more.

The last time new connectors were introduced was in 2013 for PCIe revision 2. The 8-pin PCIe power connector could provide up to 150 watts whereas the familiar 6-pin one was only specified for 75 watts. More demanding graphics cards would need up to three of these power connectors.

The new 12VHPWR connector is much more compact and able to supply up to 600 watts of power via a single connector. It has 12 cores for the electricity supply (6x12V and 6x ground) and four signal lines that serve as communication interface between power supply and add-in cards.

The new sense lines of the 12VHPWR connector improve the interaction between power supply and PC. An ATX 2.X power supply does not know whether and how many consumers are connected. Graphics cards also are not provided with any information from the power the power supply. The new 12VHPWR connectors have the ability to work smarter. Using the sense pins, the power supply can communicate its maximum power via SENSE0 and SENSE1. The maximum load of a 12VHPWR can be defined in four steps from 150, 300 and 450 to 600 watts.

On the other hand, PCIe 5 explicitly states that the continuous power consumption of 600 watts must not be exceeded by the connected card. Depending on how the PSU sets the maximum allowed load , the graphics card will not attempt to exceed it, but may run with reduced performance or not work properly, if the PSU power is rated lower than the GPU requirement.

Certain features of the 12VHPWR connector are optional and ensure compatibility with previous standards. As a result, a 12VHPWR connector does not give an indication about the card’s performance or power consumption. The GeForce RTX 3090 Ti and RTX 40 series, for example, already come with a 12VHPWR connector, but neither are they PCIe 5 cards, nor do they require an ATX 3.0 power supply to operate. It is possible the same approach is followed with other PCIe 4 graphics cards in the future as well. A similar logic can be applied to power supplies.

Just because a new power supply has a cable with a 12VHPWR connector does not mean it is necessarily an ATX 3.0 power supply.

It is possible to use an adapter cable from the previous PCIe connector to the new 12VHPWR connector with an ATX 2.X power supply, and this already happens. However, Intel recommends that the new connector socket or fixed 12VHPWR cables are only attached to power supplies that fully comply with ATX 3.0. This is emphasized by the fact that the latest PCI Express revisions only describe the high power peaks in combination with the 12VHPWR cable. It is becoming apparent that the market is looking for loopholes to introduce users to this new technology as quickly and for the lowest cost possible. Special attention is required whether a manufacturer clearly labels a power supply as ATX 3.0 compliant, to ensure that all necessary standards for future graphics cards are met. be quiet! is overhauling its portfolio and launches future-proof power supply units. Dark Power 13 is the first ATX 3.0 PSU by be quiet! and is followed by Pure Power 12 M. More series will be updated over the course of 2023.

We welcome the PCI Express 5 and ATX 3.0 specifications and the clear definitions on power consumption. As power supply developers, we are given clear parameters that our power supplies must adhere to. Our users will have an easier time finding the right power supply for their needs, all thanks to the clear guidelines. The power supply calculator continues to offer help to end users in choosing a suitable power supply for countless system configurations. In the future, giving advice becomes even more important due to two standards that exist at the same time.